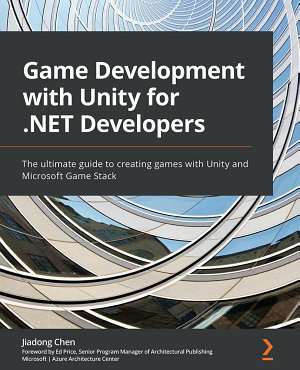 Get up and running with Unity with the help of expert guidance for addressing the performance issues encountered in Unity development Key Features • Discover solutions to common problems faced by .NET developers while creating games in Unity • Explore tips, tricks, best practices, and advanced Unity coding techniques for creating impressive games • Understand how to program with C# code using Unity's built-in modules and add engaging effects Book Description Understand what makes Unity the world's most widely used real-time 3D development platform and explore its powerful features for creating 3D and 2D games, as well as the Unity game engine and the Microsoft Game Dev, including the Microsoft Azure Cloud and Microsoft Azure PlayFab services, to create games. You will start by getting acquainted with the Unity editor and the basic concepts of Unity script programming with C#. You'll then learn how to use C# code to work with Unity's built-in modules, such as UI, animation, physics, video, and audio, and understand how to develop a game with Unity and C#. As you progress through the chapters, you'll cover advanced topics such as the math involved in computer graphics and how to create a custom render pipeline in Unity with the new Scriptable Render Pipeline, all while optimizing performance in Unity. Along the way, you'll be introduced to Microsoft Game Dev, Azure services, and Azure PlayFab, and using the Unity3D PlayFab SDK to access the PlayFab API. By the end of this Unity book, you'll have become familiar with the Unity engine and be ready to develop your own games while also addressing the performance issues that you could encounter in the development process. What you will learn • Get to grips with using the Unity Editor • Use C# scripts to work with Unity's built-in modules such as UI, animation, physics, video, and audio • Create a custom render pipeline in Unity Engine with the latest Scriptable Render Pipeline • Write high-performance multithreaded code with the latest DOTS in Unity • Discover the Azure PlayFab Client library for C# in Unity • Understand how the asset management and serialization system within Unity really works • Explore some of the most commonly used profiler tools in Unity development Who this book is for The book is for developers with intermediate .NET and C# programming experience who are interested in learning game development with Unity. Basic experience in C# programming is assumed.

Authors: Jiadong Chen
Categories: Computers
Get up and running with Unity with the help of expert guidance for addressing the performance issues encountered in Unity development Key Features • Discover

Authors: Alex Okita
Categories: Computers
Learning C# Programming with Unity 3D, Second Edition is for the novice game programmer without any prior programming experience. Readers will learn how C# is u

Game Development for iOS with Unity3D

Authors: Andrew Stellman
Categories: Computers
What will you learn from this book? Dive into C# and create apps, user interfaces, games, and more using this fun and highly visual introduction to C#, .NET Cor

Authors: Gary Riches
Categories: Computers
A clear, concise, and practical guide that will teach you how to build your own console game and become an indie developer.This book is for game developers who