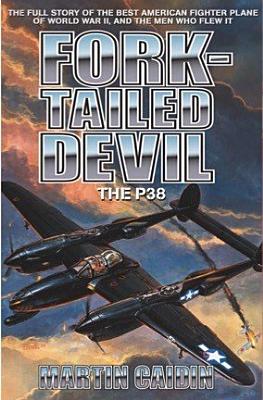 One of America's greatest military aviation historians relates the astonishing—and true—story of the only American warplane to fight in every operational theater in World War II from Pearl Harbor to Alaska and North Africa to Northern Europe. “One of the greatest tests of its capabilities took place in mid-April of 1943 when Allied intelligence discovered that Admiral Isoroku Yamamoto was going to visit Kahili on the coast of Bougainville. A P-38 intercept was planned. Its time of arrival had to be absolutely perfect and after a complex 435 mile wave-top approach that avoided all Japanese observers the Lightnings were there. Eighteen P-38s were assigned to “get Yamamoto" and that is exactly what happened.” —From the introduction by David Ballantine

Authors: Martin Caidin
Categories: History
One of America's greatest military aviation historians relates the astonishing—and true—story of the only American warplane to fight in every operational th

Authors: David Lucabaugh
Categories: History
All of the comic book reading public during the 1940's followed the adventures of "Blackhawk" and his mighty men as they conquered the world of evil. Those of u

Authors: William Norton
Categories: History
This book focuses on those American fighter projects of WWII that never reached combat forces, or only in a very limited manner. The book illuminates little kno

Authors: Cory Graff
Categories: History
Descended from the F4F Wildcat (and sometimes called the Wildcat’s “big brother”), the Grumman F6F Hellcat debuted with the Pacific Fleet in mid-1943 and