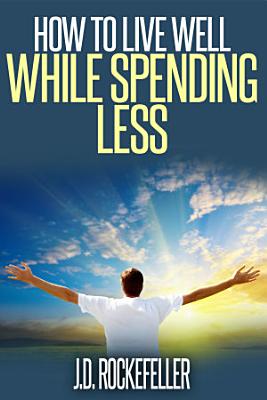 We started out with very little. We had low paying jobs and one old used car, and rental house that had seen its better days. We were young, in love and all that mattered to us was being together. We spent summer afternoons at the lake. Our idea of a great Sunday was taking a long car ride. Life continued and we found better-paying jobs. Then we discovered credit. We soon had a nicer house, a couple of nice cars and two pretty cool kids. And we were struggling. We wanted to look successful, but we were barely paying the bills. Minor issues, like a sick child causing one of us to miss a day's pay, were a catastrophe! Working as much as possible became our only focus. We used one credit card to pay the bill on another and it was an unending circle. We looked at our friends and found most of them in the same situation. One couple we knew had an amazing house in the best of neighborhoods, but except for a couch and an air mattress, had no furniture. Another couple we knew drove very nice cars but each worked two jobs and they rarely saw each other. We were miserable. However, we still didn't know why. We thought we needed more "stuff". We bought (financed) two ATV's. We loved to ride. We began taking our children riding on our off days, which were rare. After a while it got to be too stressful, so we decided, we needed to go to the mountains to ride. So we invested in all new camping gear, which we bought with our new Sears credit card. (That we applied for in case of an emergency) We began camping and riding every chance we got, but the chances were fewer and fewer since we could not afford to turn down any extra hours to earn money. As it always does, it began to crumble around us. We had everything we thought we needed to be happy, but we were miserable. We looked at our children and realized they were miserable too. They just wanted time with us. It didn't matter how fine their rooms looked. We had put happiness behind possessions. We had ignored the look of sadness in their eyes when we waved at them on our way to work another "off day". The credit cards were to their limits. There was no more paying one with another. The house payment was due, the ATV payments were due. We had no more money. The interest and late fees were mounting. We soon sold the nice house, the ATV's and the other toys we had bought. We moved into a rental house that was in very poor condition so we could start paying down the mountain of debt we had accumulated. In that shabby little rental, we found ourselves. We discovered the fun of playing with our children. We found the rest of actually taking an off day. We rediscovered afternoons at the lake and long Sunday drives. We were broke, but somehow we were finding happiness. Our journey had begun.

How to Live Well While Spending Less

Authors: J.D. Rockefeller
Categories: Business & Economics
We started out with very little. We had low paying jobs and one old used car, and rental house that had seen its better days. We were young, in love and all tha

Authors: Ruth Soukup
Categories: Religion
Living Well, Spending Less is Ruth Soukup's first book, following her wildly successful blog of the same name. She gives her readers even more of what they love

Authors: Sophie Gray
Categories: Business & Economics
Simple practical ways to save money in your household. This simple, practical and definitely not boring book on living well while spending less will appeal to f

Live Well on Less Than You Think

Authors: Fred Brock
Categories: Business & Economics
A smart, down-to-earth primer on financial survival-and prosperity-in today's uncertain economy, from the author of the bestselling Retire on Less Than You Thin

The Great Depression Ahead

Authors: Harry S. Dent
Categories: Business & Economics
The first and last economic depression that you will experience in your lifetime is just ahead. The year 2009 will be the beginning of the next long-term winter

Authors: Timothy Ferriss
Categories: Business & Economics
A new, updated and expanded edition of this New York Times bestseller on how to reconstruct your life so it's not all about work Forget the old concept of retir

Authors: Robert Baranyi
Categories: Nature
Can you live without creating waste? How about doing it while saving money and living a better life? These are the questions many people may ask, however most o

One for Me, Two for Me

Authors: Brenda Robinson
Categories: Self-Help
Anyone who's just starting out, graduating, moving out of your parent's home for the first time or are transitioning from dependence on parents (or others) to i

Authors: Connie Brooks
Categories: Business & Economics
As senior citizens age, they tend to go through less money; in fact, the typical over-75 household spent only $25,763 in 2004. This is in direct contrast to fin

A Catholic Guide to Spending Less and Living More

Authors: Sam Fatzinger
Categories: Religion
Are you struggling under the burden of debt without a financial cushion to fall back on? Do you long for financial freedom—to live comfortably, pay for your c