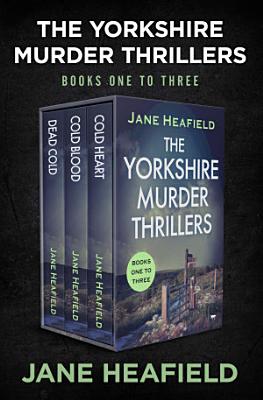 Three gritty police procedurals following determined detectives in the north of England, now in one volume. The hard-hitting crime thrillers in this collection include: Dead Cold When an anonymous call sends police to a house in Sheffield, two corpses are discovered, their bodies battered beyond recognition. DI Liz Miller is thrilled to be assigned the high-profile case—and insists on sticking with it even after it’s taken away from her and she’s warned to leave it alone. When it turns out the victims aren’t who the police think they are, the mystery is blown wide open. Will Miller be able to solve the case and save her career, or is this investigation going to be her undoing? Cold Blood DCI Liam Bennet’s ex is part of a film crew looking into a cold case in her home village of Lampton, and she requests that Bennet access police files. He wants no part of it. But then their son asks that he track her down, and Bennet finds that the Lampton locals want him gone—while the film crew are nowhere to be found. Soon, a grim discovery in a nearby lake plunges him into a race against time . . . Cold Heart Liam Bennet has just quit the force to become a private detective, and to his frustration, his first case is a weird petty crime. Meanwhile, his old colleague is working on two murders with pictures of dice found at the scenes. When the detective is attacked on the job, it soon becomes clear that there’s an odd connection between their cases, even though they appear utterly random. Will they be able to identify a pattern—or is their luck about to run out?