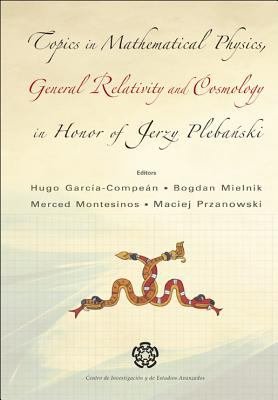 One of modern science's most famous and controversial figures, Jerzy Plebanski was an outstanding theoretical physicist and an author of many intriguing discoveries in general relativity and quantum theory. Known for his exceptional analytic talents, explosive character, inexhaustible energy, and bohemian nights with brandy, coffee, and enormous amounts of cigarettes, he was dedicated to both science and art, producing innumerable handwritten articles - resembling monk's calligraphy - as well as a collection of oil paintings. As a collaborator but also an antagonist of Leopold Infeld's (a coauthor of Albert Einstein's), Plebanski is recognized for designing the "heavenly" and "hyper-heavenly" equations, for introducing new variables to describe the gravitational field, for the exact solutions in Einstein's gravity and in quantum theory, for his classification of the tensor of matter, for some outstanding results in nonlinear electrodynamics, and for analyzing general relativity with continuous sources long before Chandrasekhar et al. A tribute to Plebaski's contributions and the variety of his interests, this is a unique and wide-ranging collection of invited papers, covering gravity quantization, strings, branes, supersymmetry, ideas on the deformation quantization, and lesser known results on the continuous Baker-Campbell-Hausdorff problem.

Topics in Mathematical Physics, General Relativity, and Cosmology in Honor of Jerzy Pleba?ski

Authors: Hugo Garc¡a-Compe n
Categories: Science
One of modern science's most famous and controversial figures, Jerzy Plebanski was an outstanding theoretical physicist and an author of many intriguing discove