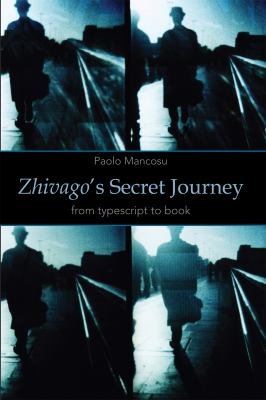 Paolo Mancosu continues an investigation he began in his 2013 book Inside the Zhivago Storm, which the New York Book Review of Books described as "a tour de force of literary detection worthy of a scholarly Sherlock Holmes". In this book Mancosu extends his detective work by reconstructing the network of contacts that helped Pasternak smuggle the typescripts of Doctor Zhivago outside the Soviet Union and following the vicissitudes of the typescripts when they arrived in the West. Mancosu draws on a wealth of firsthand sources to piece together the long-standing mysteries surrounding the many different typescripts that played a role in the publication of Doctor Zhivago, thereby solving the problem of which typescript served as the basis of the first Russian edition: a pirate publication covertly orchestrated by the Central Intelligence Agency (CIA). He also offers a new perspective, aided by the recently declassified CIA documents, by narrowing the focus as to who might have passed the typescript to the CIA. In the process, Mancosu reveals details of events that were treated as top secret by all those involved, vividly recounting the history of the publication of Pasternak's epic work with all its human and political ramifications.

Authors: Paolo Mancosu
Categories: History
Paolo Mancosu continues an investigation he began in his 2013 book Inside the Zhivago Storm, which the New York Book Review of Books described as "a tour de for

The Secrets We Kept

Authors: Marleen Rensen
Categories: Art
This book demonstrates the significance of transnationality for studying and writing the lives of artists. While painters, musicians and writers have long been

Authors: Paolo Mancosu
Categories: History
The conflict between Soviet Communists and Boris Pasternak over the publication of Doctor Zhivago did not end when he won the Nobel Prize, or even when the auth

Yiddish and the Field of Translation

Authors: Olaf Terpitz
Categories: Literary Criticism
Yiddish literature and culture take a central position in Jewish literatures. They are shaped to a high degree, not least through migration, by encounter, trans

Authors: Rose Jonathan Rose
Categories: Literary Collections
Reveals the experience of reading in many cultures and across the agesCovers pornography and the origins of the transgender movementExplores everyday reading in

Authors: Peter Finn
Categories: History
Drawing on newly declassified government files, this is the dramatic story of how a forbidden book in the Soviet Union became a secret CIA weapon in the ideolog

Authors: Vladislav Zubok
Categories: History
Among the least-chronicled aspects of post-World War II European intellectual and cultural history is the story of the Russian intelligentsia after Stalin. Vlad

The Extraordinary Journey of Harry Forth

Authors: Bruce K. Byers
Categories:
January 1950 - A small boy, his brother, and his father abandon their car in a blizzard near Albuquerque, New Mexico. Evening approaches and he fears being left